Siksha ‘O’ Anusandhan (SOA), ranked as one of the top educational institutions in India, has found place in the QS I-GAUGE list of ‘Institutions of Happiness’.

Siksha ‘O’ Anusandhan (SOA), ranked as one of the top educational institutions in India, has found place in the QS I-GAUGE list of ‘Institutions of Happiness’. 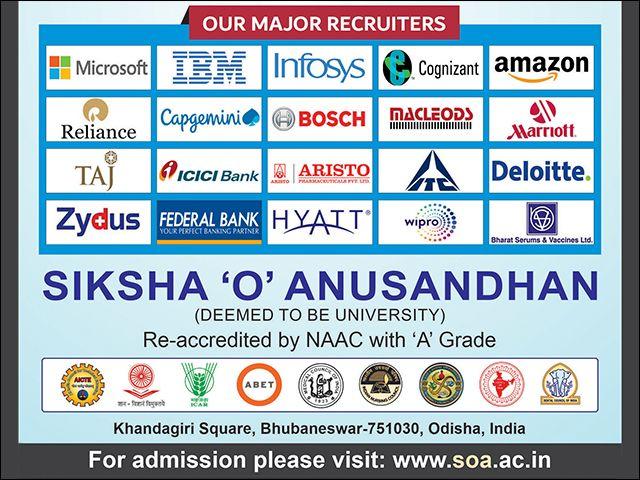 The certificates were awarded at an event held in New Delhi on Thursday by Union minister for Women and Child Development, Ms. Smriti Irani. SOA’s Pro-Chancellor Prof. (Dr.) Amit Banerjee and Officer-on-Special Duty, Mr. Pritam Nayak received the certificate on behalf of the Deemed to be University. Incidentally, SOA is the only institution from Odisha to find place in the list.

SOA was ranked as the 20th institution in the university category by the National Institutional Ranking Framework (NIRF) in 2021.

Speaking on the occasion, Dr. Ashwin Fernandes, CEO and Director of QS I-GAUGE said quality and excellence were of great significance in imparting education as it enhanced the capacities and capabilities of the learners who could bridge the gap between the underdeveloped and developed nations. QS I-GAUGE was actively involved in providing global expertise to Indian institutions in this journey, he said. 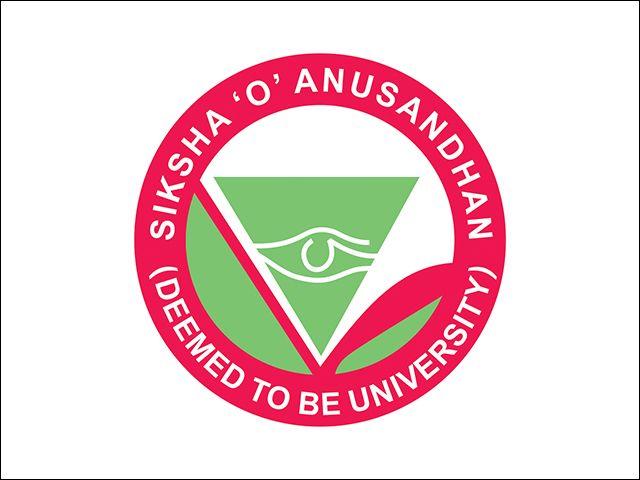 Siksha ‘O’ Anusandhan (SOA) maintained its position as the 20th best in the country and highest ranked  in Odisha in the university category as the rankings in different categories of the National Institutional Ranking Framework (NIRF) for 2021 were released on Thursday.

SOA, which was granted Deemed to be University status in 2007, was placed in the 20th position in the NIRF 2020 rankings as well and now has been ranked among the top 25 universities in the country for the sixth consecutive occasion since the NIRF rankings were introduced by the Ministry of Education in 2016.

The rankings were released in a virtual program in New Delhi by the Union minister for Education Mr. Dharmendra Pradhan.

Registering improvement, SOA moved to 37th rank in the country from 38th last year in the overall category while in engineering and technology category it was placed 32nd this year moving up two spots from 34th in 2020. In the category for medical colleges, SOA had moved to 21st this year (23rd last year) improving two places. In dental category, SOA was placed 14th in the country this year. 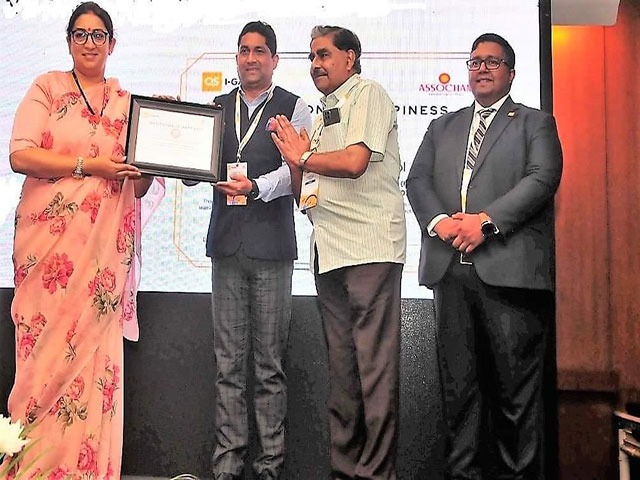 The NIRF rankings were based on different parameters including teaching and learning resources, research and professional practice, graduation outcome, outreach and inclusivity and perception.

The Siksha ‘O’ Anusandhan Deemed to be University, counted among the leading higher education institutions of the country, has been ranked among the top 50 in India in the latest QS India University Rankings 2020. The Quacquarelli Symonds (QS) World University Rankings is a UK-based annual publication of university rankings comprising the global overall and subject rankings which rank the world’s top universities.

SOA has also been ranked 15th among the top 50 Deemed to be Universities in the country in the latest Outlook-ICARE India University rankings for 2019, making it the highest ranked such university in Odisha.

The department of Institute of Technical Education and Research (ITER), of SOA, has now become the 4th institute in the country to get 3 of its programs accredited by the reputed Accreditation Board for Engineering and Technology (ABET), USA. Adding yet another feather to its glowing cap, SOA has been ranked fourth in the country in the Swachh Campus Ranking for 2019 conducted by the HRD ministry.

The Quacquarelli Symonds (QS) Asian University Rankings is a UK-based annual publication of university rankings which featured 650 top universities in the Asian continent.

This year SOA has been placed in the 351-400 bracket in the QS Asia university ranking against its placement in the 401-450 category in the rankings announced last year.

SOA was placed in the 1001 plus category in the World University Ranking for 2020 as well.

SOA Vice-Chancellor Prof. Ashok Kumar Mahapatra congratulated the Deans, faculty members, researchers and other employees of the university for their dedicated effort which had earned the university a prestigious rank nationally.

Disclaimer: The information provided in this Notification is solely by SOA Deemed to be University. Jagranjosh.com bears no representations or warranties of any kind, express or implied, about the completeness, accuracy, reliability, suitability or availability with respect to the information. Individuals are therefore suggested to check the authenticity of the information.